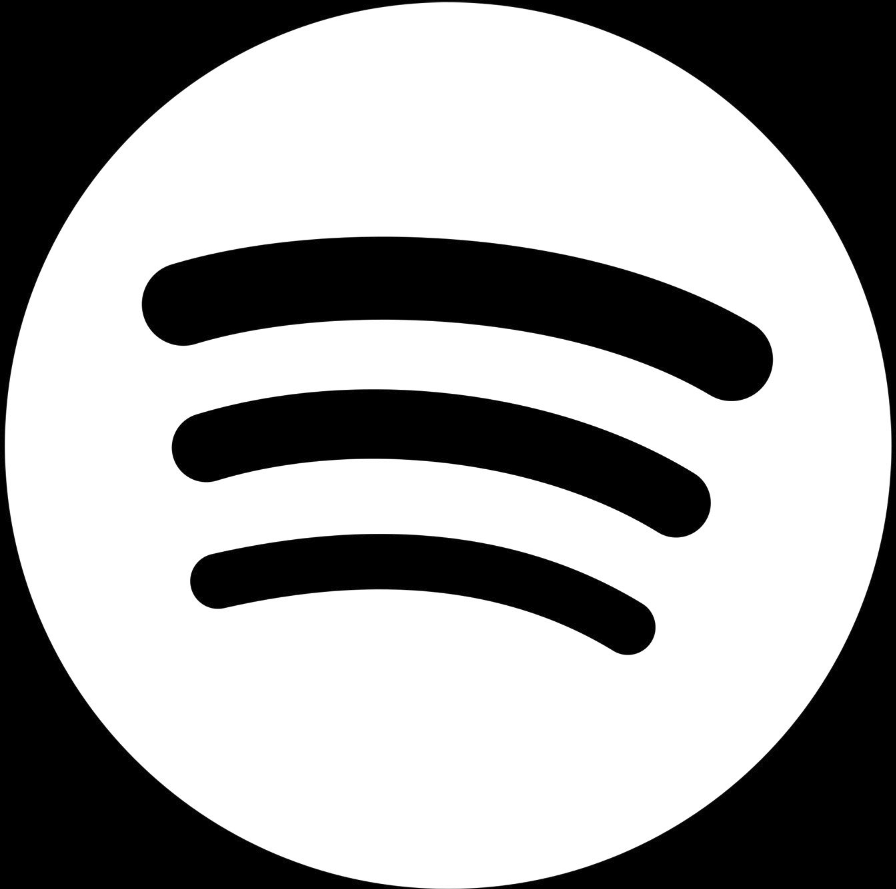 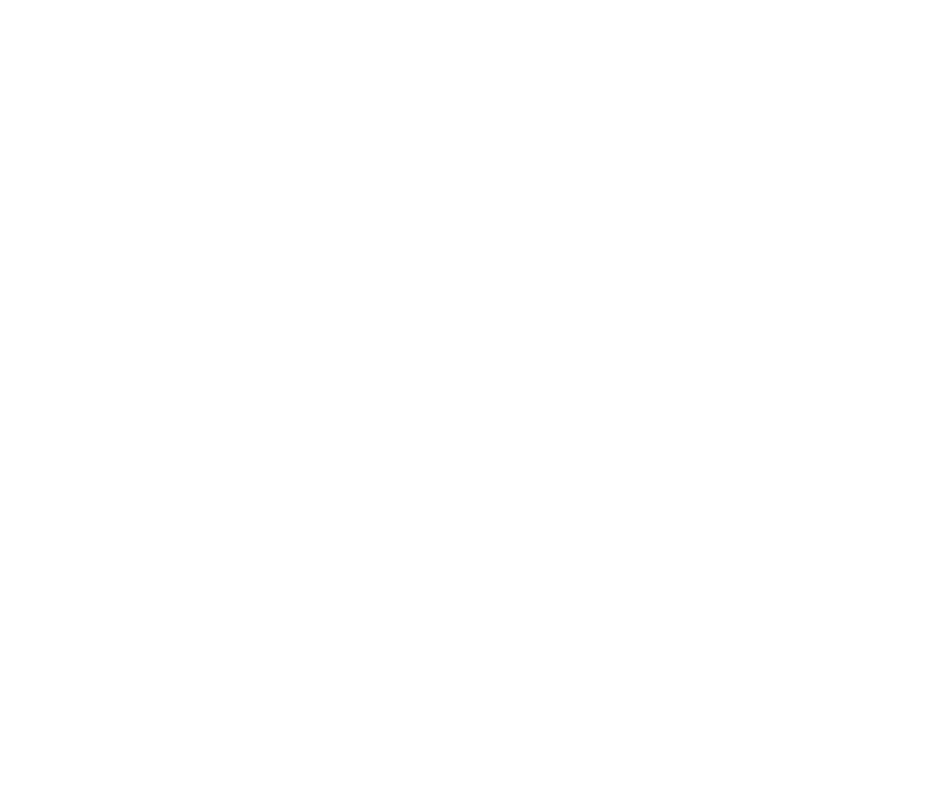 The sound that once took the nation by storm has not lost its way. Wyatt Lowe & the Mayhem Kings have taken the torch that was late 60s and early 70s rock & blues and have presented a new era of rock music fueled by love for classics that came before them, and passion for music. From touring the country multiple times, numerous amounts of press coverage, extended radio play, and three albums later, to musicianship and talent that could cover the genre twice over, the Mayhem Kings have solidified themselves a rightful spot in today’s revival on rock music clearly making it known they are here to stay. With potent and powerful chops, Wyatt leads an all-star studded group of musicians that are paving a new road for this generation and those to come.

Wyatt Lowe has shared the stage with acts such as Lynyrd Skynyrd, Derek Trucks, B.B. King and Chris Isaak to name a few, and has developed a sound that is distinct and developed for a young chap that has guitars older than himself. Being trained and taken under the wing of some of the country’s finest blues musicians (Scottie Blinn [Mississippi Mudsharks], Anson Funderburgh, and Kim Wilson [The Fabulous Thunderbirds] ), Lowe is clearing the highway for the Mayhem Kings to role through and take each city by storm. The revival of rock & roll music is here with the MayhemKings to show the world, and in the words of Bob Seger, “rock and roll never forgets”and neither can we. 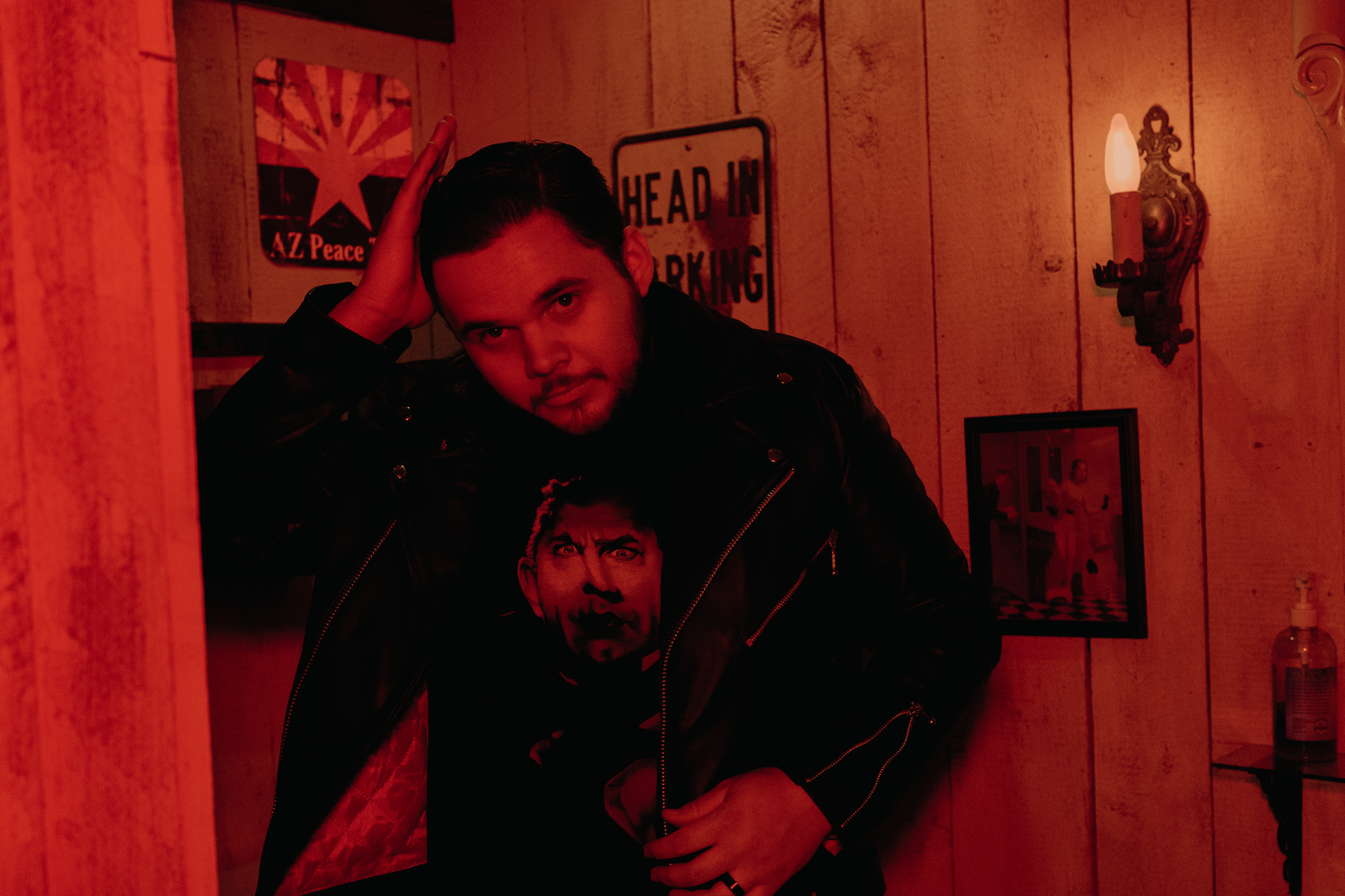 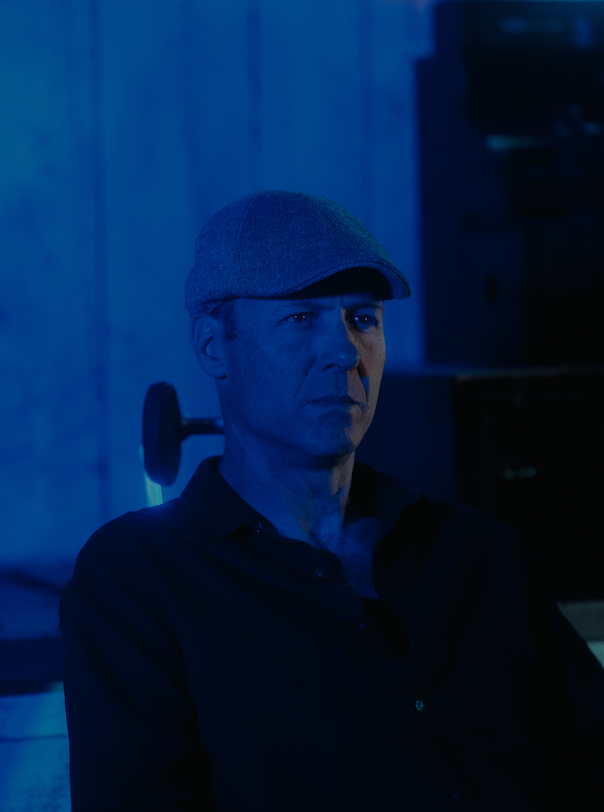 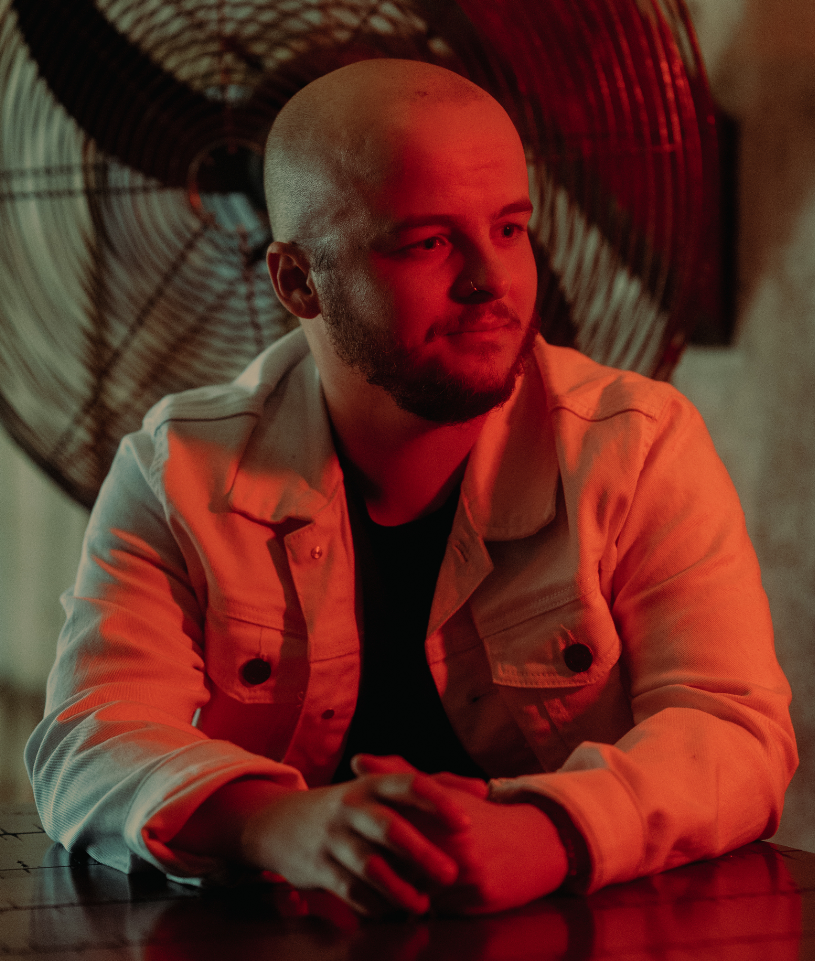 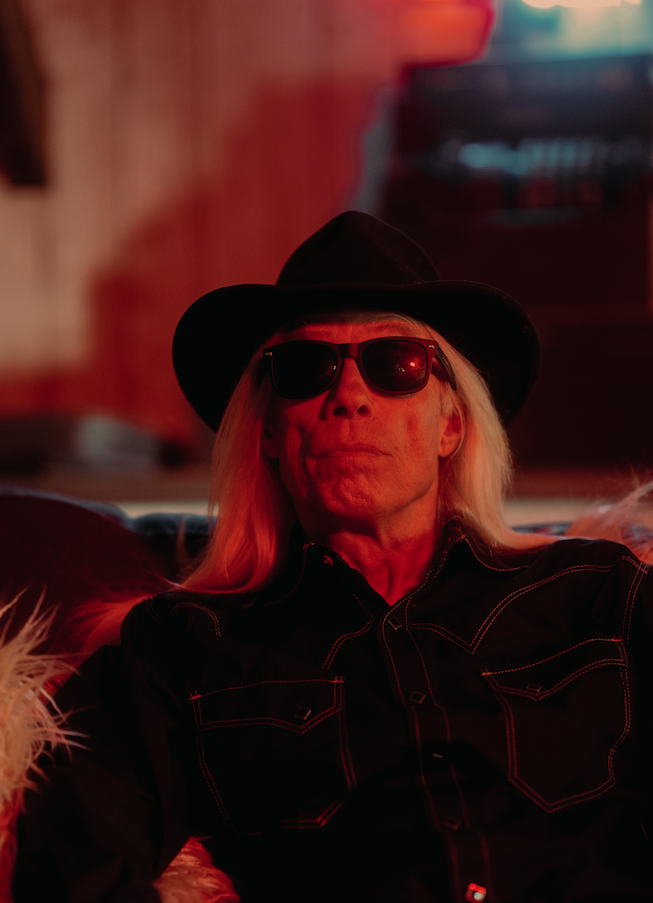 there was a time when
outlaws reigned in music

Born and raised in the sunny skies and warm sandy beaches of Southern California,  W Y A T T   L O W E was born into something that was beyond his years. From before he could legally drive a car, Wyatt had already become his own all-in-one, music-making machine. At the age of thirteen, Wyatt released his first record, and by the age of fifteen, he was on the road with his band touring the nation. Major performing artists typically have a manager, publicist, booking agent, and record label. When it comes to Wyatt, he is all of those people plus a guitar-slingin’ front man. Most club owners would chuckle when a fourteen-year-old Wyatt would call them to ask about booking his blues group. That is, until they heard the all-youth blues band known as Wyatt Lowe & The Youngbloods that was gaining attention throughout California. Lowe was described as “both comfortable and credible in his role as a front man,” and the Youngbloods added fuel to that fire.

But how does a junior high school kid like Wyatt get interested in the blues? It all started with his family’s BBQ and Blues Restaurant, Chappy’s Roadhouse, in Temecula, CA. “Sodapop," as Wyatt would later become known across the Southern California blues scene for his lack of appropriate drinking age in the blues bars, would stand at the edge of the stage and watch the best regional Southern California blues players perform. The next day, he would be found at home in front of the mirror, harp in one hand and his play guitar in the other working it out. Ten years later, Wyatt was up on the stage at the San Diego Blues Fest with Texas blues legend Anson Funderburgh and Kim Wilson of The Fabulous Thunderbirds. Wyatt’s guitar playing is rooted in the blues, but it’s when he became a young man that he realized where his true heart laid. After growing up in the bustling city lights and traffic-packed freeways of “SoCal,” Wyatt and his family relocated to the remote, yet beautiful valley of Jackson Hole, Wyoming. It is in Wyoming where Wyatt found his current band, The Mayhem Kings. The band took the small town of Jackson by storm, opening for and sharing the stage with bands such as the legendary southern rock group Lynyrd Skynyrd, country great Robert Earle Keen and Lukas Nelson (Willie’s son) & Promise of the Real, among others. During his three years in Wyoming, Lowe released two more records, planned and coordinated three US tours and became a rock-n-roll name across the northwest states.

Wyatt’s latest album “American Iron” adds a much-anticipated chapter to his musical accomplishments. Describing the inspiration for his new LP, Lowe says “The story of American Iron really began on the road. That may sound cliché for a touring band, but it honestly was the heart of this album.” Wyatt adds, “A year or so ago, I found out my great uncle Howard Lowe, known in the industry as Jerry Ward, was the original bass player for Merle Haggard and the Strangers.” So not only does the blues run in Wyatt’s veins, but the outlaw exists too. “It all clicked.” Wyatt explained, “The music of the outlaw greats always had a place in my writing, and being aware of that only drove myself deeper into the heart of my music.” The album tells the story of the true American working man with all the hardship and blessings, and then connects the deep roots of home values, culture and family to life on the road as a musician. Lowe says about the album "As you push play on Track 1, you begin a journey through ten songs that tell a story; a story of finding dignity and peace in who you are, and embracing your roots and culture. In essence, the album follows the story of a man so lost and broken, just rapidly out of control, who eventually finds his true identity through music and a faith so unfamiliar, yet satisfying.” Singer and guitarist Wyatt Lowe leads the punch of this album with loud grinding guitars and command of the vocal mic. His Wyoming-based musicians deliver a potent, powerful backbeat and base for this album’s success. The title track, American Iron delivers an edgy, ballad-like classic rock feel that channels roots reminiscent of Bob Seger and Lynyrd Skynyrd with horns and melody lines straight out of Motown. With this album, Lowe shows the boldness and daring to take classic rock, outlaw country, blues, rockabilly and soul/r&b, and merge them into something that all listeners can enjoy and feel at home with. The band's rock-solid, comfortable tightness with the music makes everything sound effortless.

So what’s next for Wyatt Lowe and his Mayhem Kings? In the words of his previous album, Songs from a Bottomless Well, the music and journey has only begun. The well truly is bottomless, and with all the music that Wyatt continues to produce, it will never be enough to fully satisfy him. “I just have always had this ‘want’ to push myself further. I am so proud and humbled by where we are at now and where everything has been put in my lap up until this point in time,” Wyatt appreciatively says. “Music is a story, and in my young life, I have been given a story that I feel destined to share with as many people as it can reach. The music just feels real.” Even at his young age, Wyatt has paid his dues, and has created sustainable and honest music in a time when one could argue that a lot of music is lacking in those qualities. Just like the influences in his life, Wyatt demonstrates the willingness to work hard for what he gets in return. American Iron is proof of that. Wyatt continues to tour the nation as a hard-working musician as he paves his own way. And it’s paying off. It’s never been, nor will it ever be, about the production, the “show,” or the glamour. It’s about the “real;” the story and the journey that his influences before him set in motion. Guys like Willie, Waylon, and Merle; they weren’t after the fame, they were after something greater, something more substantial. Wyatt Lowe has jumped onto that train and is in the driver’s seat.

"YOU CAN SAY HE’S LIKE THOSE BEFORE HIM; AN OUTLAW, LOOSE AND RUNNING."